Tom – My Time At The Grange​

Home » Tom – My Time At The Grange 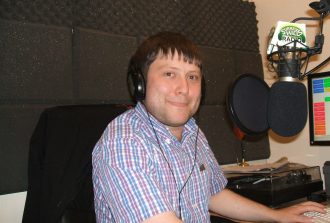 My time at The Grange

I came to The Grange in 2011. My disability is ASD (Autistic Spectrum Disorder), anxiety, epilepsy and PTSD (Post Traumatic Stress Disorder).

I started as a day client and then became a tenant in Supported Living. It was a big step for me. When I moved in I found it was a challenge. It was very hard and I found it trickier than I thought.

As time went on things slowly started to get a bit easier. I eventually found my feet. I am now able to do more stuff independently. I enjoy having my own space; I did a work experience voluntary placement at Polesden Lacey National Trust.

A while later I started a work placement at one of the Surrey Hubs (an information point that provides help and support for people with disabilities of all kinds, elderly people and carers and support workers and so on.) I got quite a bit of satisfaction when I have helped a customer or client there. All the volunteers that volunteer or work at the Surrey Hubs have a disability or impairment of some kind.

I also go out and about on my own using public transport.

Outside of my working week I have been out and about a bit more going to a night club run by and aimed at people with learning disabilities. I have made quite a few friends there. I have become a DJ there as I also have a talent in music. Speaking of that, I started having music production lessons with a DJ/Producer who also has a learning disability and has helped me a lot in understanding digital music. I co-hosted an event called ‘The Grange Has Got Talent’ which was a great success.

My own radio show

A couple of years ago, Surrey Hills Community Radio in Leatherhead chose The Grange as its charity of the month. I went along to ‘shadow’ the two deejays. I found it quite easy to cue up the music tracks and handle the sound desk. Before I knew it I was part of the show. A bit later I was given my own afternoon slot. I prepare the programme at home and load it up at the studio each week. I interviewed Joanna Lumley when she visited The Grange. I’m also getting more deejay jobs at discos and parties.

I also attended a conference on people with learning disabilities and relationships at a Hotel in Bristol with the skills training manager and a couple of support workers.

I have also started taken up dancing. This was inspired by a dance group (Ceroc Surrey) who came to a social club for people with disabilities that I attend once a week to do a little show and it was a lot of fun. Since I started going dancing I have made more friends and met quite a lot of nice people and became more confident.

I found it better than going to the gym! 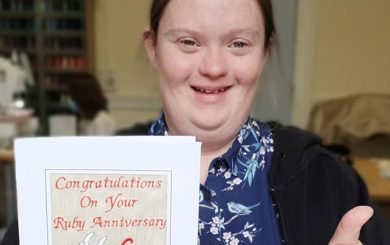 A Special Occasion Coming Up? 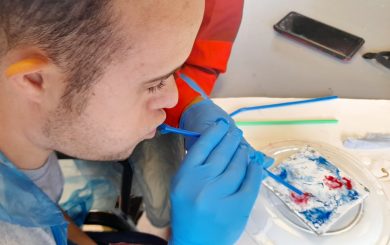 A long time ago in a galaxy far, far away…
Skip to content